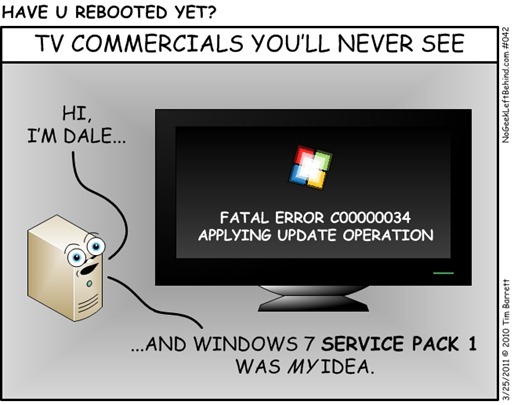 A little over a year ago, my beloved little Xbox 360 Elite decided to take a dirt nap. No more Netflix, no more games, no more MP3 / AVI / DVD-MS / Media Center on my big TV. Just three flashing lights, taunting my soul.
It was the fabled ‘Red Ring of Death’.

Note: This is not intended to be a rant, and I’m not trying to get Microsoft to change their policy on anything. I care about you, dear reader, and about the fine folks who work at Microsoft. And because I care, I’m trying to get the Xbox repair facts out there. Facts that may not be readily (or even remotely) clear or available on their website.

Fantastic 4-port travel-sized surge protector. Great for sharing power in airports, charging your stuff in hotel rooms, or plugging in for presentations.

This adapter is as light as a travel umbrella and takes up about the same amount of space. It’s so light, I usually forget that it’s in my bag.

If you travel a lot domestically, you know what a pain it is to find a place to plug in and charge all of your gadgets. Unless you’re at a super-power-friendly airport (like PHX) you’re probably unlikely to find multiple open outlets. This has great outlet spacing, it’s very sturdy, and doesn’t get hot when all of the outlets are in use.

Note: If you need a travel 4-port that works internationally with 220/240 volts, check out the Outlets To Go power strip from Monster:
http://www.monstercable.com/productdisplay.asp?pin=3842
I picked the Targus over the Monster because I don’t need 220 and it’s smaller than the Monster.