After SMB Nation wrapped up, geeks from around the globe split up and went their separate ways.  Some went back to the hotel to relax, some had to catch a plane, and others went to parties, etc.  But nearly a dozen geeks hung out together for a special behind-the-scenes tour arranged by Allen Miller and the Seattle Aquarium staff and management.  So if you were one of the SBSers invited on the tour and weren’t able to attend, you totally missed out on a fantastic time!

Here’s the roster of attendees:

On with the show… (And be sure to turn up your speakers because the dialog on this tour was as good as the pictures – seriously! 🙂 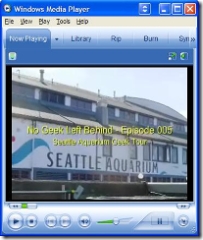