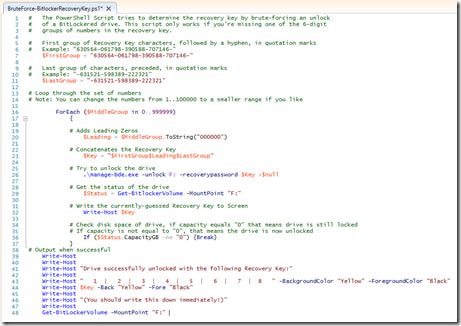 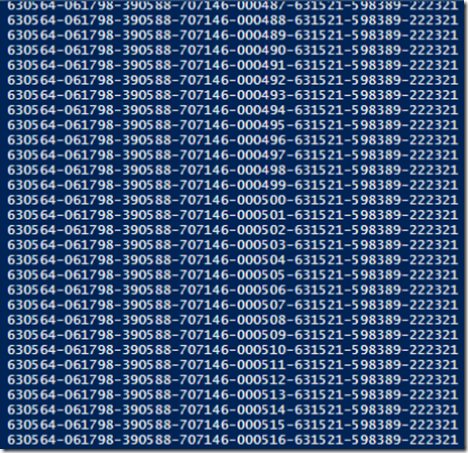 Jeffrey Snover (the father of PowerShell) speaks with Corey Sanders about the current state of Azure Stack.

Networks today are no longer a simple group of laptops, PCs and on-premise servers controlled by the IT department. Now we have to contend with cloud services, Bring Your Own Device (BYOD) scenarios, the Consumerization of IT (CoIT), telecommuters, and hybrid networks.

Fortunately, Microsoft has a series of eight whitepapers on Rights Management Services (RMS) that can help you wrap your head around the options available for protecting sensitive information.

There’s an old shortcut to quickly bring up the Command Prompt in Admin mode: 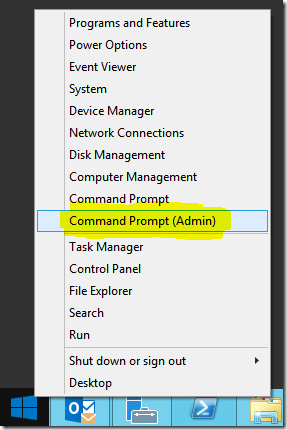 But did you know you can swap out Command Prompt in that menu and replace it with PowerShell? 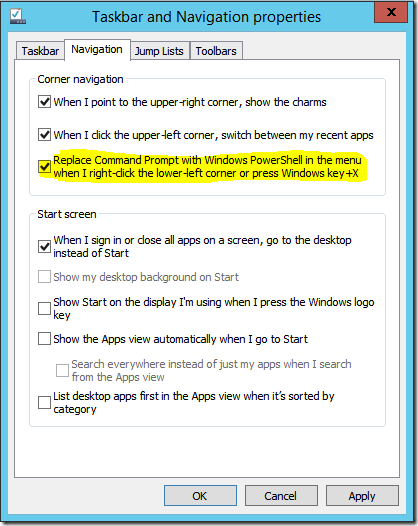 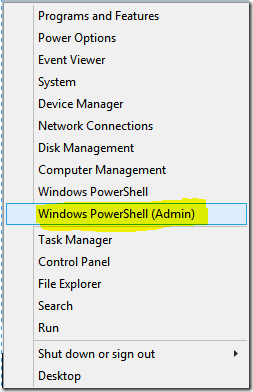 This is probably one of those ‘been around forever and I just never noticed it’ features in REGEDIT.

In REGEDIT the location of the current registry key is displayed at the bottom of the status bar, like this: 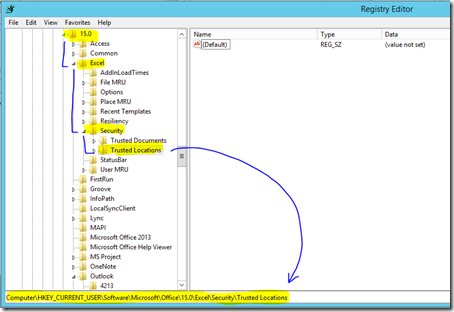 Professional IT folks know the job isn’t over until the documentation is done. When documenting work performed in a service ticket I usually include detailed information about any registry settings that were changed. This means typing all of that location text at the bottom of the screen.

Well, it would seem I’ve been doing it the hard way all of these years.

Just right-click the registry key name (in the navigation pane on the left), then left-click the Copy Key Name option. 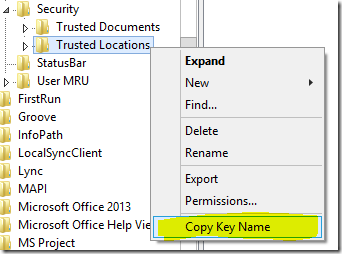 Now the complete REGEDIT location is saved to your clipboard.

Note: You’ll still have to document the DWORD or string values manually, but at least the Copy Key Name function saves a ton of typing.

Alternately, you can left-click the key name, then click on Edit | Copy Key Name from the top drop-down menu.

Now, you’re probably saying to yourself, “Duh, I already knew that! What I really need is a cool way to copy and paste a key path to avoid drilling down.”

Well, check out this nifty Windows Registry navigation trick by using the REGEDIT feature called Favorites (to which you probably never paid any attention).

To create a new REGEDIT favorite:

You should now see a new favorite listed, like this:

Interestingly, those Favorites / shortcuts are kept inside the registry itself,
(we’ll call it Rebel Base) here… 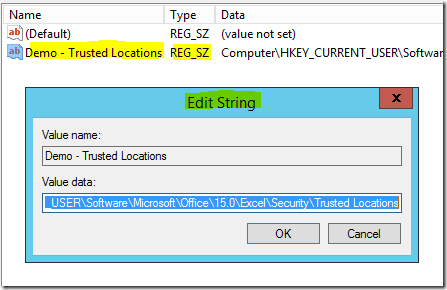 If you want to jump to a location in the registry you can just create a new String in Rebel Base.

If you know you’ll come back to a particular Registry location often:

If you perform Option 2 you’ll want to have that Favorite already saved.

Once you create the Rebel Base shortcut, from that point on you can easily copy and paste a Registry path into a new Favorite and jump to it.

If you know the path and the registry value you want to change, you can use the REG ADD command from the command line.

Alternately, you can save the command into a text file and save it with the .REG file extension.

To create a Registry Favorite by using REG ADD:

To add a new Favorite by using PowerShell, we use the New-ItemProperty cmdlet and specify the following parameters:

Note: The following example uses the single back tick to make reading easier

Note: You may notice that the -Path contains HKCU: instead of HKEY_Current_User. The HKCU: command is just a shortcut.

However, DO NOT use the “HKCU:” shortcut in the -Value line.

Also, double-quotes are important if your -Value includes a space in the Key Name.

Here’s what the PowerShell looks like when it runs in ISE.

And if we refresh REGEDIT we’ll now see our new Favorite.

Favorites are a quick way to jump around in the Windows Registry. There’s always more than one way to skin a cat, and today we looked at four ways to create a Registry Favorite.

I would recommend creating a PowerShell .PS1 file that sets up Rebel Base for you. Then you can add more shortcuts easily on the fly.

I hope this information helps!

Do you still use any of the following commands?

If you answered ‘yes’ to one or more of the previous items, you failed.

ALL of those commands have been replaced by PowerShell.

And they were replaced over a year and a half ago.

News flash: You’re falling further behind in your IT career.

“But PowerShell is hard to remember…” which is true.

Good news though. There’s a handy 4-page cheat sheet to help wean you off the sour milk of the command prompt and get you eating the solid food of PowerShell. 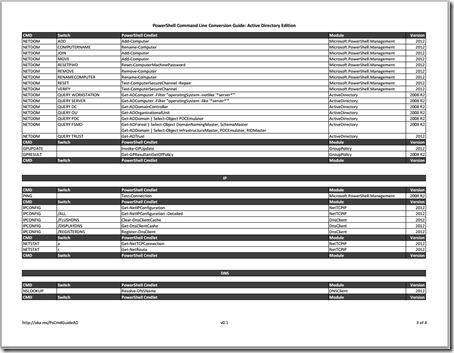