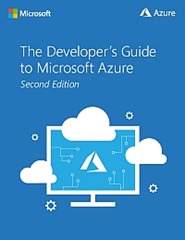 The Developer’s Guide to Microsoft Azure was written to help you on your journey to the cloud, whether you’re just considering making the move, or you’ve already decided and are underway.

This e-book was written by developers for developers. And it is specifically meant to give you, as a developer, a fundamental knowledge of what Azure is all about, what it offers you and your organization, and how to take advantage of it all.

Get a head start evaluating Windows Server 2016—guided by the experts. Based on Technical Preview 4, John McCabe and the Windows Server team introduce the new features and capabilities, with practical insights on how Windows Server 2016 can meet the needs of your business. Get the early, high-level overview you need to begin preparing your deployment now! 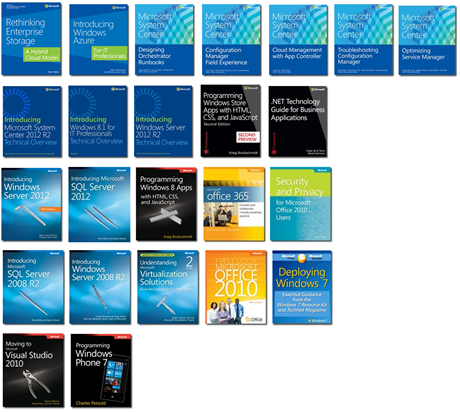 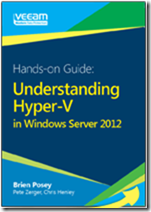 If you’re just getting started with Hyper-V, you’ll really like this eBook because it shows screen-by-screen how to enable and work with Hyper-V features.

You will learn how to:

Microsoft System Center is one of the three pillars of Microsoft’s Cloud OS vision that will transform the traditional datacenter environment, help businesses unlock insights in data stored anywhere, enable the development of a wide range of modern business applications, and empower IT to support users who work anywhere while being able to manage any device in a secure and consistent way. The other two pillars of the Cloud OS are, of course, Windows Server 2012 R2 and Windows Azure, and Microsoft Press has recently released free Introducing books on these platforms as well.

Whether you are new to System Center or are already using it in your business, this book has something that should interest you. The capabilities of each component of System Center 2012 R2 are first described and then demonstrated chapter by chapter. Real-world and under-the-hood insights are also provided by insiders at Microsoft who live and breathe System Center, and those of you who are experienced with the platform will benefit from the wisdom and experience of these experts. We also included a list of additional resources at the end of each chapter where you can learn more about each System Center component.

The authors set out to write this guide because they were getting a lot of questions about some of the trickier bits of PowerShell Remoting, and wanted to provide an authoritative resource for people seeking to configure Remoting properly for a variety of situations. The guide was started by Don Jones, and Tobias Weltner came aboard to provide a great deal of additional material and improvements. Along the way, numerous members of the PowerShell community contributed their expertise as technical reviewers, suggested additional content to include, and so forth – truly making this a collaborative, group effort.

This eBook is updated so check the download URL above from time-to-time to check for newer / updated versions.

Also, other free eBooks from PowerShell.org can be found here:
http://powershell.org/wp/newsletter/

If you really want to follow what’s going on in the PowerShell community, check out the PowerShell.org and following Don Jones on Twitter: @concentrateddon 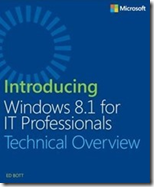 The goal in this book is to help you on the upgrade path by presenting the
facts and features about Windows 8.1 as clearly as possible. If you’ve been living in an environment built around a previous version of Windows, you have a lot to absorb in the transition to Windows 8.1. This book tries to lay out those facts in as neutral a fashion as possible, starting with an overview of the operating system, explaining the many changes to the user experience, and diving deep into deployment and management tools where it’s necessary.

By design, this book focuses on things that are new, with a special emphasis on
topics of interest to IT pros. So you might find fewer tips and tricks about the new user experience than your users want but more about management, deployment, and security—which ultimately is what matters to the long-term well-being of the company you work for.