Yet, the Force was strong with this one, and with some fancy Googling, the iPAQ was reborn – hopefully to become more powerful than Windows Vista could ever imagine.  The future of this plucky device hangs in the balance.

Needless to say, after the unanticipated beating WMDC handed out, I was reluctant to pick the scab and re-open the wound.  But an email from NGLB reader Leonard Lee spurred me onward and upward to try again. 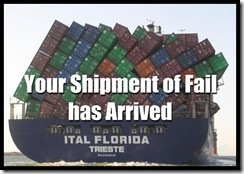 Certificate error, eh?  Mmmm, don’t think so pumpkin. That’s the same cert I use for RPC over HTTP on the laptop.  Anyway, no problemo. I jump over to the OWA site, grab the cert, export it, cradle, copy & paste, install cert, OTA ActiveSync and… air ball.

A little more digging. I even play MacGyver and make my own CAB out of the cert. Bring the cooked cert into the device, install, he shoots, he… no dice.

I ping my favorite Exchange MVP. We chat on IM about the certs. And he mentions that Exchange 2007 won’t support Windows Mobile 5 devices without the Messaging & Security Feature Pack (MSFP). What the deuce?

I re-check the HP site for anything with Build 14847 or higher, no joy.  I decide to try one last thing and use the HP 24x7x365 online chat. (Stop laughing).  I take my “5 minutes or less” HP Instant Support Professional Edition wait-time to copy several movies (Simpsons & Mr. Bean) over to an SD card.  I check Twitter.com to catch up.

[Wednesday, December 26, 2007 11:23 PM] — Issa K says:
Hello Tim, thank you for contacting HP and for your interest in our Active Chat online support. My name is Issa and I see you have a question regarding your iPaq Handheld. I’m going to take a few moments to review your information and will message you back very soon.

[Wednesday, December 26, 2007 11:24 PM] — Issa K says:
It looks like you have the latest ROM updates for your unit. Any further updates I would recommend checking at www.hp.com and under software and driver downloads for your unit of IPaq. 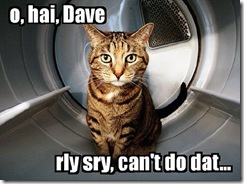 So, there’s nothing left to do but reset the iPAQ to sync the Exchange data off the laptop. At least I can sync via Bluetooth if I want.

Unfortunately, the dream of Office 2007 documents and Exchange 2007 syncing on an iPAQ hx2795 is officially dead.  Wish I had better news for you Leonard. 🙁

Take us home Weezer.  (I picked the ‘Hispanic Wedding’ version of “Island in the Sun” because the Spike Jonze version has a monkey in it.  Nuff said…) 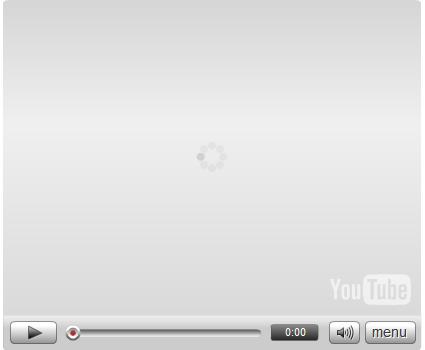 The last 7 days have been very, in a word, surreal.  In more words… Emotional. Educational. Annoying. Bittersweet. Introspective. Exhausting. Enlightening. Contrasting. Even cathartic.  The details are unimportant, a nuisance really.  Because it’s simply impossible to encapsulate and articulate in this format. I doubt Jack Bauer could do it. And without the proper context, it’s like telling a joke that ends in ‘I guess you had to be there’ and as my grandmother used to say, the effort to convey the experience just ‘robs your joy’.  So you just smile, knowingly.  It looks like gas, and no one’s the wiser. 😉

This week I’ve experienced great personal achievement, and unwarranted personal attacks. Helped people for free that couldn’t thank me enough, and done someone else’s job while rightfully charged them for it. It’s all been a non-stop cirque de soleil ride, never knowing what to expect, but constantly being impressed by what life has to offer. And finally, without warning, a moment of quiet and clarity. A chance to sit back and reflect on it all.

But for this shining moment, I can get off the bike, stand beside it, and watch the sunset.  Laugh at the pettiness and inconsequence. Dream about what comes next and the possibilities.

I’m thankful for moments leaning over a handrail with a friend, watching salmon swim in place. For friends who let me IM them during business hours about rootkits. For friends who enjoy taunting me about video blogs. For friends who give me funny nicknames on MSN Music Man. For friends with Irish, German, Dutch, Belgian, Canadian, Austrian, British, Kiwi and Australian accents that make the SMB world round and incredibly diverse and enjoyable. For local SBSers who fight the good fight day-in and day-out for their customers. For bloggers sharing their thoughts, asking my opinion, listening to my stupid questions. For Microsofties past and present that go above and beyond. For people who contribute more than they take. For my family. Thank you for an unexpected and perfect moment! 🙂

“Will it come down the pipe automatically”, you ask?

“The 2007 Office System SP1 will be critical service pack for a variety of reasons.  It will eliminate many deployment barriers to deployment you may have in your environment, it will provide support for Windows Server 2008, and will provide critical fixes to products such as Project and Project Server.

The use of Automatic Update (AU) Deployment has been a concern we have heard from many customers in recent months.  Because of this, the 2007 Office System SP1 will not be released to AU immediately.   Instead, the Microsoft Office System team will provide guidance as to a date at which we will begin throttling up so that you have time to educate yourself on what is in SP1 and determine the best method for you to deploy it in your environment. ”