You’re invited to attend the November 2009 KYSBSUG meeting next week:

While the SBS build progresses we’ll also have another Hyper-V box on hand to show various operating systems, including Windows XP, Vista, Windows 7 & Ubuntu, plus some Hyper-V best practices.

We’re also bringing a copy of Beatrice Mulzer’s new book for you to check out:

I was customizing a new Windows 7 Media Center PC for a friend and I ran across an interesting problem that was driving me nuts. This brand new PC has an internal tuner card and is connected to a 10/100/1000 network with an HDHomeRun dual-tuner on the LAN as well. So with the one internal and two external tuners it should be able to record 3 shows at the same time. Pretty cool!

After the initial Windows 7 setup with a mouse & keyboard plugged in, I decided to use my fancy multi-monitor setup and Remote Desktop to finish configuring & patching the PC before taking it on-site. I remotely installed the AV software, updated all of the drivers, etc. However, when it came time to configure Windows Media Center I was in for a bit of a surprise.

When I opened Windows Media Center | Tasks | Settings | TV, the menu was missing some options. 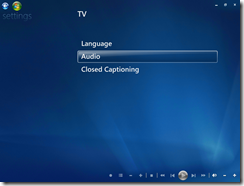 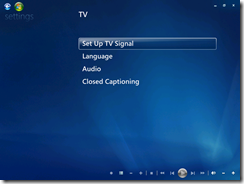 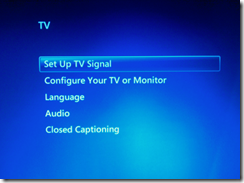 As you can see in Fig. 1, the TV missing the Set Up TV Signal option. I searched all over the Internet and couldn’t find an answer to this problem. I tried uninstalling and reinstalling the Windows Media Center feature: 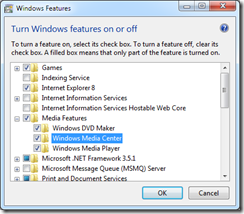 That didn’t fix it.

I even tried Media Center Recovery

That did reset Media Center, but it didn’t fix the ‘no tuner option’.

So, I physically logged in locally on the new Win7 PC with a mouse and keyboard, restarted Media Center and the menu choice was there! And the choice for “Configure Your TV or Monitor” was there too. Apparently, the Windows 7 Media Center is aware of how you’re logging into the PC. 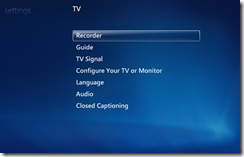 I’m sure this is an ‘edge case scenario’ since most people aren’t configuring Windows Media Center on Windows 7 via RDP, but it’s good to know that there are differences in MCE depending on how you login.

My original plan was to install this server in a media closet as a headless unit with all of the other AV equipment. But now that I know some features will be missing with RDP, I’m going to plug a physical monitor into it (or maybe install LogMeIn instead).

SBS 2008 and EBS 2008 have been out for several months, but are you using it yet? Are your customers?

Join us for this presentation and learn what’s new in SBS 2008, where the pricing sweet spots are, and gotchas to watch out for. We’ll talk about the training that’s available to get you up to speed, books, and a little bit about Hyper-V and SBS. Time has been allotted at the end of this presentation for extensive Q&A.

The good news is that you don’t even need to get in your car – we’re bringing this meeting to you via Microsoft Live Meeting so as many people that want to can attend!

Microsoft Press is celebrating their 25th anniversary with “Free E-Book of the Month” offers. The current offer is: 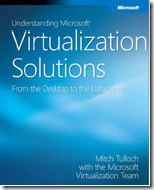 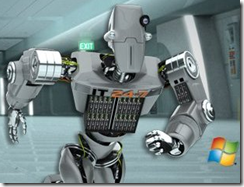 Unless you’ve been living under a rock, you’ve heard (and may be sick about hearing) of Microsoft Hyper-V. I know that Flavor Flav said “Don’t believe the hype” but this is one of those instances where you should listen.

If you *are* listening and would like to get some free training on Hyper-V, here’s the perfect opportunity. Microsoft is giving away 4 free online eLearning classes, and if you haven’t tried the updated eLearning stuff lately, it’s pretty good.

You can click on the individual clinics below or snag all 4 courses in
Collection 6333: Exploring Microsoft Virtualization Technologies.

Note: This training is designed to be done at your own pace, whether that’s all in one shot, or 30-45 minutes per day. It’s totally up to you. And one of the really nice things about the Microsoft eLearning classes is that they have an E-Learning Offline Player, so you can view all of the content (except for the virtual labs) on your laptop anywhere. Very handy!