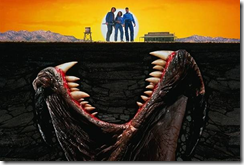 Everybody is all excited about the return of Conficker on April 1, 2009, and the news media is whipping the general public up into a froth about it. Even my mom called me to ask about it.

This week, Thursday March 19, 2009 marks the 5-Year Anniversary of the Kentucky Small Business Server User Group (KYSBSUG). Where did the time go?

It’s pretty amazing to look back at all the events and topics we’ve covered in the last 60+ months. Some of the highlights we’ve met on include:

Over the years we’ve had numerous well-known speakers, including: Amy Luby, Ronald Grattopp (Microsoft), Brian Von Axleson (Microsoft), Chris Rue [MVP], Kevin Royalty [MVP], Allen Miller, and many more. We’ve had study groups, round table meetings, and Live Meetings with visitors from all around the USA, Canada, and even as far away as Belgium.

In short, we’ve really done a lot in the last 5 years, and we’d like to invite you to celebrate with us! There will be food, door prizes, and lots of networking opportunities. Please register today!

IMPORTANT: This venue was chosen because it’s only a few blocks away from the Microsoft events that are happening earlier that day (which you should also attend):