Like a big catfish going after a dough ball, folks are snapping up malware like it’s a $20 bill blowing across a parking lot. Specifically, we’re talking about the old “Antivirus XP”, which is now making the rounds re-branded as “Antivirus Plus”. 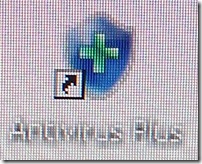 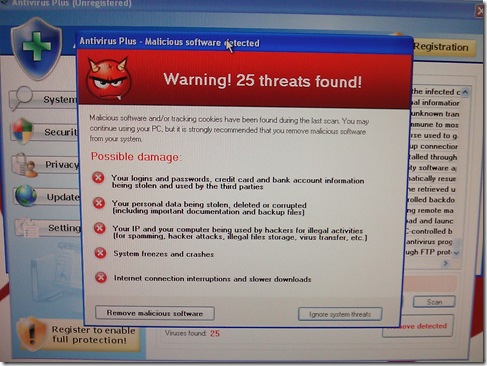 And I’d be willing to bet there are entries in the Quick Launch bar and start menu as well.

They are not helpful programs, and you certainly shouldn’t give these folks your credit card number, OK??

Scroll down for removal instructions. Thank you! 🙂

Props to Kevin Royalty [SBS-MVP] for snapping these pics on his camera phone.

REMOVAL
According to Kevin, our old pal Malwarebytes still gets rid of this nasty. Thanks for the heads-up Kev!